skip to main | skip to sidebar

After a break from writing this blog while I was studying Zoology at Sussex University  I have decided to restart this blog. I return from 3 fantastic years at university where I gained lots of new knowledge and skills and was pleased, as a mature student, to gain a BSc 2:1 (Hons) in Zoology.

While studying at university I swapped to sharing sightings and observations on my social media channels which I will continue, but through the blog it will be possible to share stuff in more detail.

The aim of the blog remains the same, to share sightings and observations in and around my garden and occasionally other parts of Sussex with the aim of encouraging people to take a closer look at their own local patch.

New posts will be appearing soon.

Posted by Steve Savage at 22:00 No comments:

Lots has been happening in my garden this year. As usual the frogs appeared and laid loads of spawn which I luckily I was able to cover up in time and prevent them from freezing in the cold snap. So far they have yet to grow legs.

Lots of bee activity and mason bees are currently using my bee hotel which has been exciting. I have also been involved in the Brighton and Hove Sparrow Project, more on this soon.

The swifts have arrived at last, summer would not be the same with out them.

So lots to share, more posts soon.
Posted by Steve Savage at 11:15 No comments:

The final few months of the year were busy, for many reasons, but while there has been a lack of posts on this blog - I have continued to postb on twitter.


You can see these posts on my twitter feed @BioAuthorEdu

Posted by Steve Savage at 19:39 No comments:

I once saw hedgehogs quite frequently in and around my garden but I have not seen one for many year (just the occasional road casualty).

So I was really pleased to see this hedgehog on our front garden last night. It was sitting in the lawn looking towards the house. 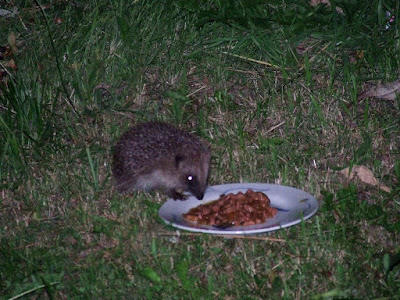 My wife took out some cat food and the hedgehog came over a eat some of the cat food before heading off into the over-gown flower border in search of some tasty invertebrates.

Hedgehogs have declined drastically and while the exact reason is unknown intensification of agriculture, roads, pesticides and tidy gardens may all play a part. As with many species declines its often a mixture causes.

Connectivity of habitats is also important, even more so for hedgehogs as they may roam 1-2 km in a single night. Our neighbours have had a hedgehog family in their garden for a while. After 8 weeks the young are left to fend for themselves and this is likely to be one of the young hogs.

If you put food out, hedgehogs tend to visit for a top up and still feed on the natural food - so its not a problem. Avoid fish based catfoods as it can give hedgehogs diarrhoea. You can also add meal worm and other tasty treats as hedgehogs are omnivores. You can also provide a bowl of water as drinking water is often hard to find.

While hedgehogs can swim well, if they fall in a swimming pool or raised pond with no area to climb out, a hedgehog will eventually become exhausted and drown. An untidy overgrown area is also perfect for a hedgehog to visit on its travels.
Posted by Steve Savage at 11:42 No comments:

Helped out again at the Friends of Brickfield Nature Reserve fun day event in conjunction with the Lewes Ranger Thyone.

Sadly extreme windy weather meant we had to abandon putting up the marquee which meant we were unable to use the usb cams to project collected invertebrates onto a tv screen.

Even with the poor weather lots of people turned up for the event. 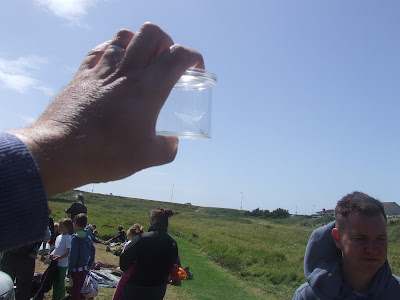 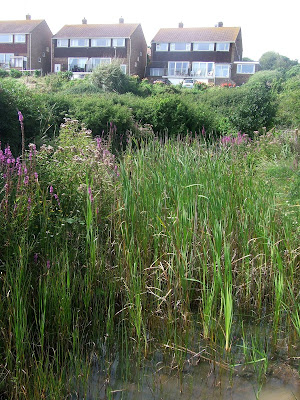 We shared lots of interesting facts about the animals, such as how water boatman have an air bubble for breathing underwater and that they can fly to another pond. 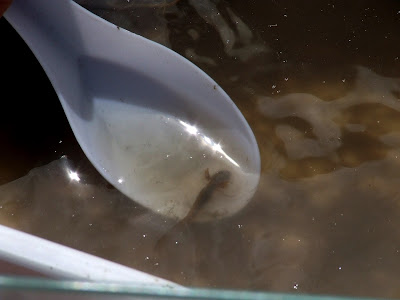 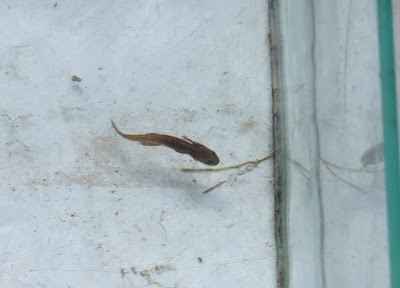 The newt tadpoles were popular and we discussed their gills, how they develop front legs first, that they hunt small prey items such as daphnia and how adult news lay eggs singularly under leaves of pond vegetation.

The main part of the event was the bug hunt. We handed out pots and containers for people to collect creatures and bring them back to be identified and learn something about the animal they had found. 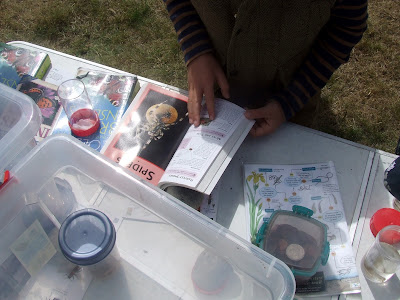 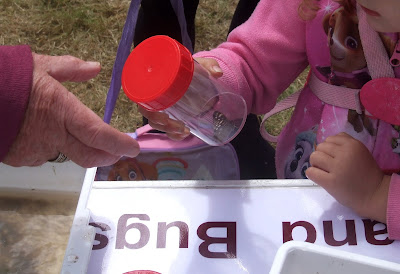 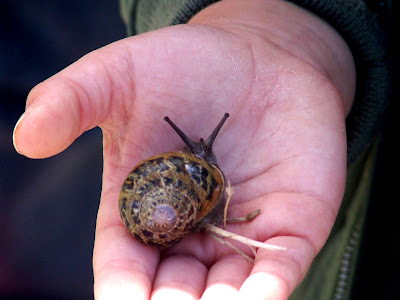 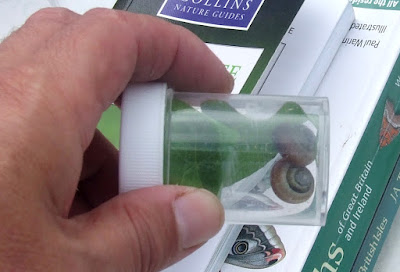 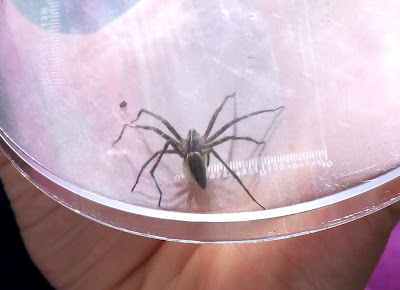 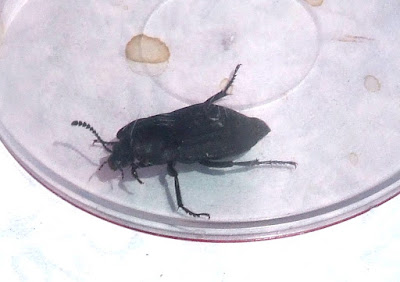 Despite the weather the day was a great success.

Posted by Steve Savage at 13:51 No comments:

Dragonflies emerging from our garden pond

A busy day and grabbed a coffee to chill our by our garden pond for a while - just in time to see 3 dragonflies Sympetrum striolatum emerge. 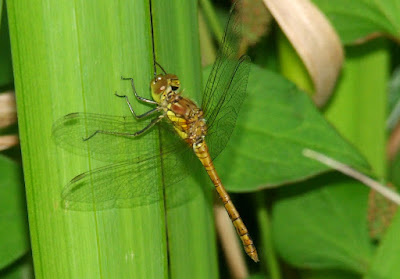 Large red damselflies always emerge from our pond each year and after discovering dragonfly nymphs in the pond for the first time last year - pleased to see adults emerge.
Posted by Steve Savage at 22:30 No comments:

Dragonflies have started to emerge from our garden pond. There are a lot of dragonfly nymphs this year of varying sizes, some very small and will probably emerge next year. 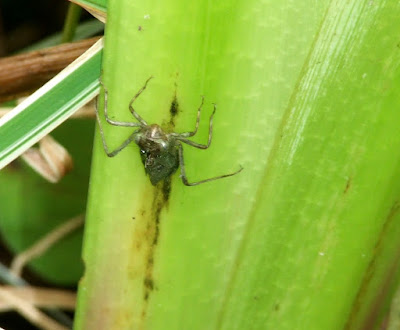 They climb out of the water, up the marginal vegetation. The skin splits and they emerge as a winged adult, leaving behing the nymph skin (called the exuvia).


The damselflies emerged in a similar way earlier in the year.
Posted by Steve Savage at 16:10 No comments: